Millions of Americans remain out of work in the coronavirus pandemic, after the economy has recovered only half of the 22 million jobs lost in the spring of 2020. Meanwhile, the stimulus checks and extended unemployment benefits are ancient history by November.

This has left millions of renters behind on rents, while nearly all evictions have halted due to the CDC eviction moratorium. All of which begs the question: do we face an eviction crisis in early 2021?

With the second wave surpassing spring coronavirus cases, the pandemic is far from over. And many economists expect more economic shrinkage in late 2020 in the wake of the resurgence.

Number of Tenants Behind on Rent

To understand the risk of an “eviction tsunami,” it would help to know how many tenants are actually behind on rent. Yet it proves a more slippery number than you’d expect.

There are no official late rent records or databases in the US. Instead, we have to rely on polling — which if you’ve watched any elections recently, you know isn’t always accurate.

In October, the Federal Reserve branch in Philadelphia estimated that 1.3 million renter households will be behind on rent by the end of 2020, owing a total of $7.2 billion. If that sounds high, other estimates place those numbers ten times greater.

An August report by Moody’s Analytics estimated that 12.8 tenant households will end 2020 behind on rent, and owe a gargantuan $70 billion in back rents. Not pretty.

Ugly as those numbers are, however, they could actually understate the extent of the rent debt problem. At the start of the pandemic, many renters started paying their rent by credit card. The number of rent payments paid on credit leapt 70% in early spring according to the Federal Reserve, and remains 50% higher year-over-year even now.

Even among those renters behind on rent, most owe less than $2,000 total, a figure they could conceivably catch up with on a payment plan. The real risk for an eviction crisis in early 2021 comes from the fraction of a fraction of renters who are not only behind on rent, but owe more than $2,000. Some of these renters are simply buried too deep to dig themselves out.

How Today Compares to Historic Norms

Bleak as the numbers above sound, they don’t fall too far outside historic norms.

By October 27 (the most recent data available), the National Multifamily Housing Council reports that 94.7% of tenants had made a full or partial rent payment for October. That marks an improvement over September, when 92.2% of renters had made a payment by the same time.

It’s also only 1.2 percentage points lower than a year earlier, before the world had heard the term “COVID-19.”

Still, keep two points of caution in mind. First, these numbers include partial rent payments — some of these renters still closed out October owing their landlord money. Second, the second wave of cases continues rising, and we don’t yet know the full extent or the economic impact of the second wave.

Most tenants have continued paying their rent throughout the pandemic. While fewer than normal have been making their rent payments on time, the overwhelming majority have caught up by the end of the month, as outlined above.

Among renters who have fallen behind, roughly half (49%) have worked out a payment arrangement with their landlord according to Apartment List. Another 18% were turned down by their landlord for a payment plan, and a third (33%) have not contacted their landlords to work out a plan.

But as new coronavirus outbreaks bloom and the economic recovery stalls, tenants’ ability to pay their rent largely comes down to unemployment and other government benefits.

Most states offer up to 26 weeks of unemployment benefits, at least during normal times. The CARES Act extended those benefits by another 13 weeks, and created a floor of 39 weeks’ total benefits (even for states that normally offer benefits for fewer than 26 weeks).

But as 2020 winds to a close, some people who lost their jobs early in the pandemic are approaching that 39 week deadline. When unemployment benefits run out, workers in hard-hit sectors like tourism, hospitality, and airlines might find themselves out of benefits and still out of work as their industry continues floundering.

Likewise, the original $1,200 stimulus checks seem like a long time ago at this point. And despite plenty of chatter from Washington about a second round of stimulus checks, it has yet to materialize.

Instead, Washington punted the problem to landlords, by suspending all evictions. That makes lease agreements effectively one-way contracts, enforceable only in one direction.

First, Washington may well extend the eviction moratorium, treating the symptom of the unemployment problem rather than the cause, and allowing unpaid rents to continue piling up. Second, even if the nationwide eviction ban lifts, many tenant-friendly states and cities will likely extend their own localized eviction bans.

One intriguing study by Princeton found that even when and where landlords could evict tenants in 2020, they still lagged historic levels. Only one of the 17 cities studied saw higher eviction rates than normal. It harkens back to Apartment List’s finding that many landlords have worked out payment plans with their tenants, trying to keep them in place as long as they’re actively making payments and catching up. After all, eviction and turnovers cost landlords a great deal of time and money, which is why landlords go out of their way to retain good tenants.

Even when eviction suspensions lift, millions of renters won’t suddenly find themselves homeless. It takes months in most states to complete the eviction process, which tenants can stop at any time by catching up on the rent.

Still, some tenants have let their unpaid rent pile so high that they’ll never pay it back. Eviction bans only extend that debt and prolong the inevitable.

How Likely Is an Eviction Crisis?

Make no mistake: more evictions will hit the courts in 2021 than the historic norm.

But 2020 saw far fewer evictions than those norms as well, between eviction moratoriums, extended unemployment, stimulus checks, and many civil courts closing in the spring. Averaged together, 2020 and 2021 may still produce more evictions than a typical two-year period — or maybe not, given the likelihood of extended government benefits and stimulus into 2021.

Most tenants continue to pay their rents. But all real estate is local, and tenant-friendly cities like San Francisco and New York might prolong the rent debt and eviction crisis even further with extended eviction bans. Even as home prices and rents continue falling in these cities.

Meanwhile, smaller cities and suburbs have watched rents and values skyrocket, up more than 10% year-over-year in many markets.

Personally, I believe more government stimulus and benefit extensions will emerge out of Washington, stemming the tide of evictions. But only time will tell.

I personally don’t think so. Granted, home values may correct in areas where they’ve artificially inflated during the pandemic. We live in strange times, a major recession with high unemployment rates in which home values rose rather than fell. It provides yet more evidence that real estate in recessions often remains resilient in the form of stable rents and home values.

Besides, with interest rates so low, investors have a double incentive to buy real estate: paltry bond yields leave them looking elsewhere to invest, even as the cost of investment property loans shrink even further.

I don’t see a nationwide eviction crisis looming on the horizon. Keep one eye on the unemployment rate, another on government benefit extensions, and a third on nationwide or local talks of eviction ban extensions so you’ll know which way the wind is blowing in your market.♦

Do you predict an eviction crisis, either nationwide or locally in your market? Why or why not? 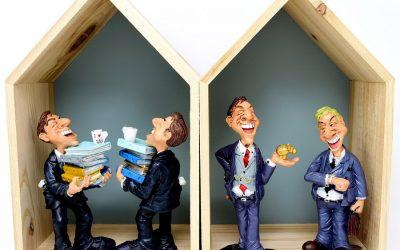 Capital Gains Tax on Real Estate – And How to Avoid It 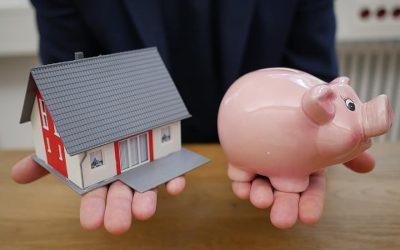 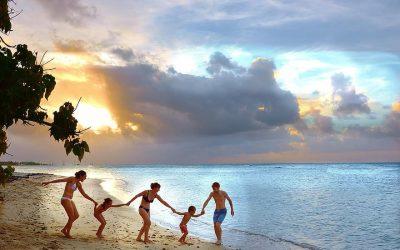 How to Retire at 40 with Real Estate Investments & Stocks