Is Crime Up or Down? Urban Myths & Reurbanization

A mere generation ago, most major American cities were blighted, crime-infested war zones.  Amazingly, a lot has changed in 25 years, and for the better.

As a surprising side note, the public has shockingly wrong perceptions about crime rates.  In a 2013 survey by the Pew Research Center, for example, 56% of Americans said gun violence had risen since 1993, even though it has markedly dropped.

Even perceptions about individual cities are flat-out wrong: New York City’s violent crime rates are half those of Houston and Dallas, yet Americans believe that New York is far less safe than either of those Texas cities.

So why are crime rates dropping?

There are plenty of theories, but surprisingly the most obvious among them fall apart under closer scrutiny.  Economic prosperity?  This falls apart when you see the trend continuing through the Great Recession (not to mention that there was higher prosperity in the ‘80s than today, yet crime rates were sky-high).  More aggressive policing and higher incarceration rates?  Nope, many cities and states have seen reductions in police forces and incarceration rates, yet still have declining crime rates.

One proposed theory is that with the outlawing of lead-based paint and the phase-out of lead in gasoline, we’ve seen a huge drop in the aggressive behavior associated with lead poisoning.

Another is that decreased violent crime has been a side effect of the decrease in alcohol and crack cocaine consumption. And – dare we say it?  Gentrification has caused the transformation of once-blighted urban neighborhoods into thriving, low-crime hubs of innovation, art, commerce, revitalization.  It might be non-PC in some circles to say anything positive about the G word, but gentrification can mean lower crime rates.

Millennials have been more sheltered, both by more obsessive parenting and from environmental regulations.  There was a well-documented decline in “youth risk behaviors” (teen pregnancy, drug use, school fights, etc.) among the teenagers who grew up to be today’s millennials.  Say what you will about millennials, they just haven’t caused the same ruckus that the boomers and Gen-Xers did.

But we were talking about real estate and reurbanization, were we not?

The last 25 years has seen a gradual reversal of urban decay.  After the “white flight” from cities to suburbs in the 1950s and ‘60s, America has seen professionals move back downtown in the 21st Century.  Urban occupancy rates have risen, construction of new rental housing in cities has been higher, and the sharing economy has made downtown living easier than ever (think ZipCar, Uber, Craigslist, Airbnb and more).

Beyond mere housing stats, there’s been a cultural shift.  “Walkability” is now a thing – look no further than WalkScore.com.  Being within walking distance of a Whole Foods, of a movie theater, of Starbucks, of chic microbreweries and farm-to-table restaurants… these are things that make most millennials salivate.

Even better: living within walking or biking distance of work.

Real estate investors have noticed, too.  Institutional investors have been buying up defunct, vacant industrial spaces in urban neighborhoods and turning them into loft apartments, or office space, or coffee shops that use fair-trade coffee beans and charge $5.95 for a cup of coffee.  You get the drill.

And honestly, is any of this really a bad thing?  Sure, we can mock those coffee shops (and I do).  But I still want to live near them.  Better yet, I want to own rental properties near them, because I know I’ll have no shortage of horn-rimmed glasses wearing, indie flick watching, graphic designing hipsters just begging to sign a lease on one. 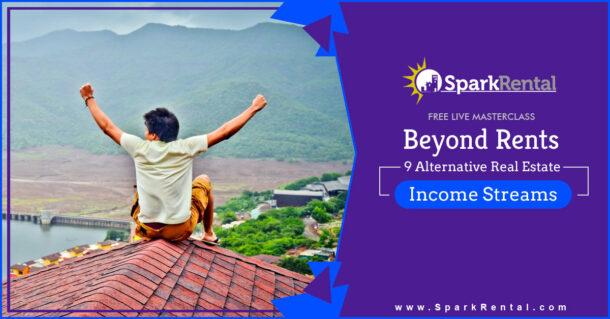